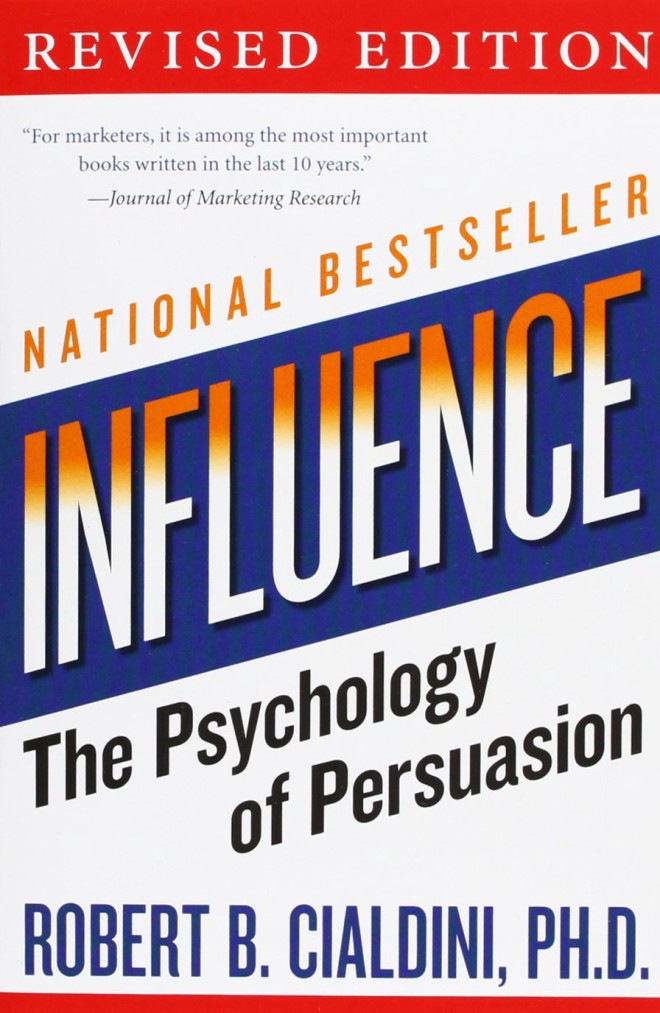 Do you struggle to say No?

“Where all think alike, no one thinks very much”

It is in our human nature to cooperate. We would not have dominated the planet without joining forces to overcome nature’s overwhelming brutality. The rule states that we should repay what another person has provided us. Have you ever felt an urge to give someone a present because you remember that they bought one for your birthday?

That feeling of indebtedness is reciprocity.

You may have experienced being approached by a haggard lady, frail limbs and wrinkled like a dog’s nose. She insists that you take a rose. You hold your palm ajar, and in a split second, the rose is there. Her next request is some spare change. You were on your way to the train station, and your pockets jingled. She heard it. You can’t just steal the rose you think to yourself, so you hand her some change and you are left with a brittle stem and a few shrivelled petals. The Hare Krishna Society funded temples, businesses and bought houses from scaling this technique.

Preventing exploitation of the rule of reciprocity involves more than just refusing all favours or gifts, even unsolicited ones.  If someone offers a nice favour, then go ahead and reciprocate. However, if the initial favour is a trigger to get you to comply with a larger request, the rule is void.

Ladies, this should give you power against those ‘let me buy you a drink’ guys, who are late on their rent payments but wear trainers with red soles.

Companies spend millions to sway social media influencers to promote their products. One company that is excellent at creating social proof is Gymshark. My girlfriend recently bought the full package. At first I thought, why not Nike or Adidas? My curiosity lead me to Instagram. Gymshark was everywhere. In particular, any gym-going female with over 20,000 followers sported the clothing.

When individuals are paying thousands for trainers that could originally be bought for a small fraction of the resale value, questions arise.

Overriding social proof requires us to rectify an assumption we hold; if a lot of people are doing the same thing, they must know something we don’t. Thankfully, they do not. The crowd is simply a scaled version of you, reacting to social proof. Especially on social media, you are witnessing a construed reality influenced by companies that want you to buy their products.

Research before you buy. It can be as simple as typing ‘Does charcoal whiten teeth?’ into Google and finding some reputable sources on the matter. It never hurts to take a step back and question the credibility of what you see. Is Chloe Ferry from “Geordie Shore” the ideal person to make dental health decisions for you?

Consistency is an admired characteristic. It implies that an individual is organised and determined. It can lead us on a path to success but can sometimes lead us astray. Let me give you a scenario, if I asked you ‘Do you love watching movies?’ and your response is ‘yes!’ and my next question was ‘How many movies did you watch last week?’ You are automatically inclined to respond with a number I would consider to be appropriate for a film fanatic.

If I took the first question away, you could give any answer but once a commitment mechanism is in place, then you are forced to continue the story. A low number would make you a liar and a fraud (not nice). Ultimately, you pull out a crazy figure like 12 movies and now everyone thinks you are weird (sad times).

The way out is knowing when consistency will lead to a poor choice. Truthfulness triumphs. In the previous example, you could have said “I watch the odd movie every once in a while.” It sounds dull but at least you can provide a reasonable answer to the second question and not present yourself as a strange character.

More importantly interviews are a common ground where many run afoul. I heard of one story where the individual claimed to be fluent in French and was interviewed by a French employee. “Oui, Oui” can only get you so far…

If you enjoyed this article and would like to purchase the book, see the link below.