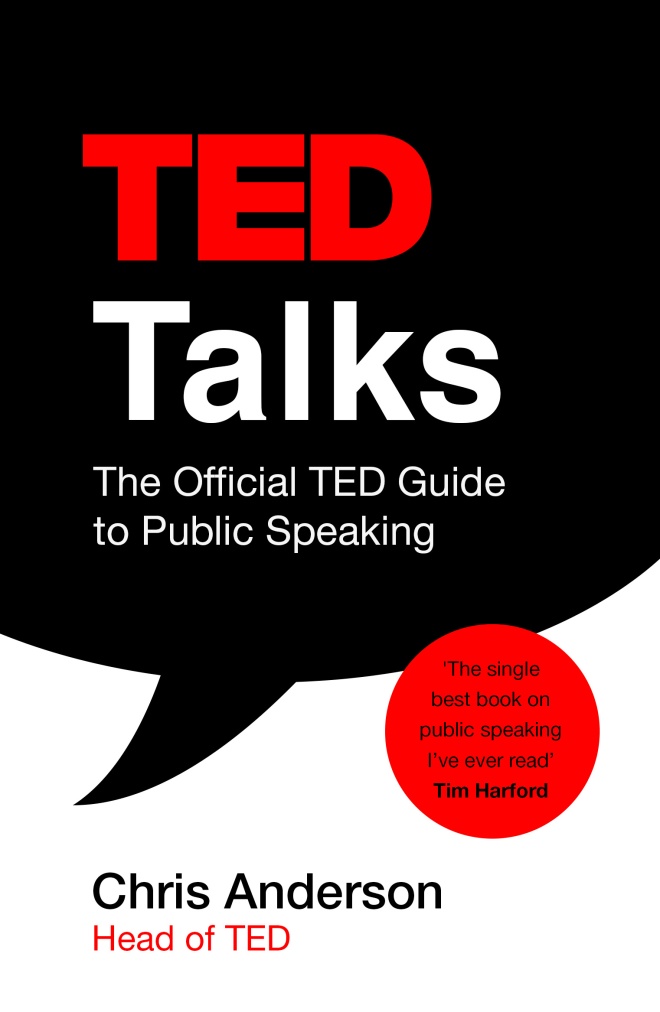 Have you been inspired by a TED talk?

“The unique Kinect attachment built using military technology…” a room of 13 year olds stared as my lips divulged the features of a device that grasped my attention for hours. Aside from the children, a woman glared at my work from the back of the classroom. She perched idle like an eagle ready to swoop on its next unsuspecting victim. Curly blonde straw hair, rigid square glasses and a thick, grey ribbed dress complimented by glossy knee-high boots struggled to disguise her predatory nature.

I finished speaking and I expected the worst. The assignment was to speak about your favourite hobby or passion. I chose the Xbox 360. She was a woman who had already lost hope in the next generation, instead of reading Harper Lee, William Golding and John Steinbeck, we preferred to massacre alien races via a controller and headset. To her abhorrence, the television rather than books were the gateway to our fantasies.

After a shockingly loud clap, which I suspected was the result of my friends compensating tremendously in my favour, something awkward erupted from her mouth. “What a splendid presentation Mr. Gehlot, you have certainly persuaded me to purchase one of these gizmos!”

Contrast this to four years later. Describing Paul Krugman’s research on public spending, my mind wipes clear. I pause for 30 seconds in what felt like an eternity. Once I get going again, it was evident that I had lost all momentum. Everyone was waiting for me to finish, so they did not have to endure it any longer. If you can relate to this scenario more than the first one then the sections below should ease your trauma and mitigate the chance of a repeat.

Start with the idea.

All good TED talks are focused upon one idea or theme. Public speaking is the art of transmitting an idea to a group of people. If you want to do a talk or you have been assigned a presentation to do, consider what you would like to leave with your audience that will benefit their lives. When you have an idea worth sharing such as an invention or a captivating life story, you become a medium of communication for your idea. We have all gone through unique experiences that have shaped our lives. Letting others learn from our own trials and tribulations is providing a valuable service to the world.

One rampant misconception about public speaking is that only 7% of the effectiveness of communication is down to language while 38% depends on tone of voice and 55% comes from body language (Mehrabian, 1967). The result has been an undesirable focus on body language leading to performances similar to that of Latrell Spencer (Terry Crews) from the movie White Chicks (See here). Albert Mehrabian was trying to measure how emotion was communicated, not what is the most important factor to a good talk. If I say ‘thank you’ in a polite and calm manner you are more likely to believe that I am being sincere rather than if I snarled or grunted. The quality of your talk will still come down to what you have to say rather than how you say it. In other words, substance triumphs over style.

51 slides clotted with letters, weird symbols and numbers have passed. Seated in a dimly lit theatre, instead of cheering and crying at classic plays, you are hastily trying to copy out the hieroglyphics on the screen, simultaneously bombarded with bombastic phrases. At this point, you ask yourself “What is the point of this lecture?”. Your lecturer forgot about the throughline i.e. you should be able to summarise your talk in one sentence. An example would be ‘More choice actually makes us less happy’ in the context of Barry Schwartz’s TED talk ‘The paradox of choice’.

A helpful tip for speaking is to present as if you were speaking to a friend. If I had a conversation with you and I didn’t look you in the eyes once, would you feel comfortable?  Balance is always important as you probably would not appreciate me staring into the depths of your pupils for lengthy intervals either. You want to connect with your audience and scientific research has shown that the act of two people just staring at each other can influence the emotional states of both individuals. Certain sophisticated individuals are able to read other people based on their eye movements. I went to a birthday party where a magician applied this to guests to their amazement, although my explanation of neuro-linguistic programming did not go down as well.

Nobody is invincible. Projecting yourself as a demigod will only distance you from your audience as well as creating the unease that you are deceiving them. Everyone you know, regardless of how successful they are, is fundamentally flawed in numerous areas. Coming to terms with your vulnerability makes you a more genuine and relatable person.

If you enjoyed this article and would like to purchase the book, see the link below (the best price I could find!).