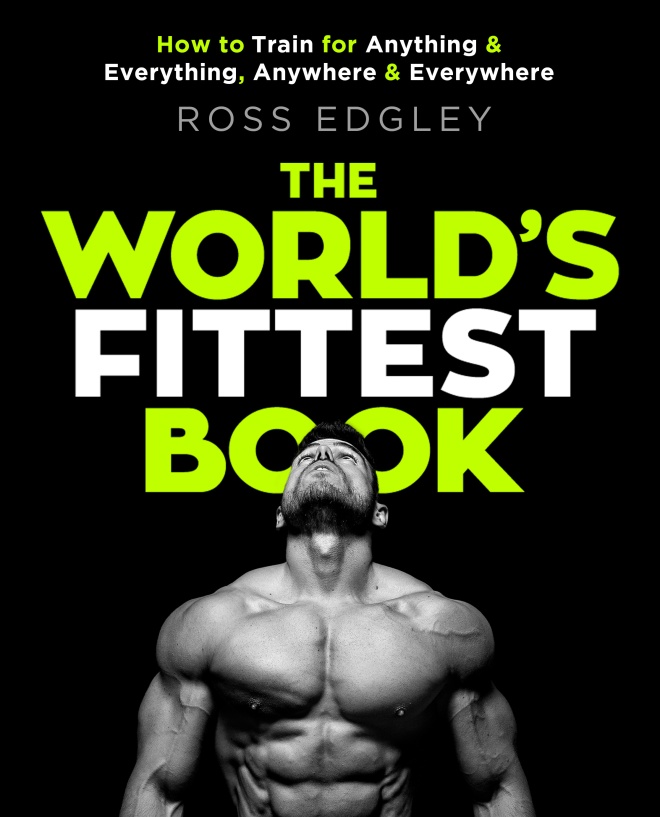 What are the laws of fitness?

No one saves us but ourselves. No one can and no one may. We ourselves must walk the path.

There are a few moments in our lives when we come to an inflection point. We come to realise that what we are doing is not working and there must be a better way. I had my fitness inflection point about 8 weeks ago. I had reached a point in my training where I was going to the gym for the sake of it.

No drive, no passion and no results.

Whenever I get stuck like this, I seek out teachers. Often I find the best teachers can be found on amazon.co.uk. So I purchased Ross Edgley’s book in hope of some new wisdom. And the first thing I realised was this guy trained himself to become superman.

Here are some of his achievements.

Now before you say that this guy is a genetic freak, there is an important clarification that needs to be made. Nobody is talented enough to carry a 45kg tree during a triathlon without intensely studying the human body and the principles of human fitness.

Andy Bolton, one of Ross Edgley’s mentors, is able to squat 550kg, deadlift 457.5kg and bench 350kg had this to say about the skill behind fitness.

“Over the course of my career, I have always spent a lot of time learning. I’ve read hundreds of books and articles on strength training. I’ve been to dozens of seminars and worked with some of the world’s best strength coaches”

You create that path.

The Law of Body Basics

Today’s gyms are crowded with people trying to build strength, speed, stamina and large biceps with no solid ‘base’ of basic fitness. When your foundations are weak, you can’t create an impressive physique solely with vanity exercises such as calf raises and tricep extensions.

There is a Russian training system known as the Process of Achieving Sports Mastery that was practised by all the great strength and conditioning coaches of the former Soviet Union.

The theory underlying this system was that if an athlete develops a well-rounded athletic base their overall motor potential and just their ability to move will correspondingly improve.

Over time, you can then specialise with this newly developed neurological efficiency and play any sport. Without it you will forever be training with the physiological limitations. You are driving your car with the handbrake on.

I now use minimal equipment and the majority of my workouts for the last 5 weeks have consisted of body-weight exercises.

I have tried this new fitness programme on a fitter, more muscular friend of mine and he has vouched that he has seen noticeable improvements in a variety of areas including injury prevention, flexibility, cardiovascular fitness and raw strength.  He has also been able to put up with me during his workouts so we can add mental endurance to the list as well.

The Law of Progressive Overload

Aim for a gradual increase in weight, volume, intensity or frequency to improve. Without change, you body simply adapts to the training and your progress will not get any better.

An endocrinologist named Hans Selye found that if he gradually subjected lab rats to an increased dose of poison they began to develop a greater resistance to it, so much so that certain rats remained unharmed when later subjected to doses that had previously killed them.

Basically, ‘stress’ and ‘stimuli’ (like exercise) cause us to adapt and improve.

When considering a workout plan, consider how the workouts get more difficult over time. If they are not then it may not be worth your time or money. If you have your own workout plan, then keep track of variable such as weight and reps so you are aware of how you are improving and you can implement progressive overload effectively.

The Law of Recovery

Have you ever had an ice bath? How about staying in an ice bath for nearly 2 hours. Wim Hof did that. That’s why they call him ‘The Ice Man’. Wim holds over 20 world records and climbed Mount Everest with shorts on.

What Wim has achieved was thought to be scientifically impossible.

Both the autonomic nervous system and innate immune system were regarded as systems that cannot be voluntarily influenced.

In 2011, Wim scientifically proved that you can control your autonomic nervous system with practise.

I absolutely hate the cold, I have worn a North Face ski jacket in temperatures above 20 degrees celsius (roadman boss level 99), but ending your warm shower with 15-30 seconds of cold water could lead to many worthwhile benefits including fat loss, a stronger immune system and improved sleep quality.

For instance, there are little muscles around your veins that contract when they come into contact with the cold. After some time these become stronger, making your veins healthier and reducing the force your heart has to use to pump blood around your body.

We are all biologically unique.

No body is the same, no limb is identical and no hormonal response to training is equal.

Is there a perfect workout?

The answer is no.

Therefore with every training plan always ask: “Does this suit my individual biology?”