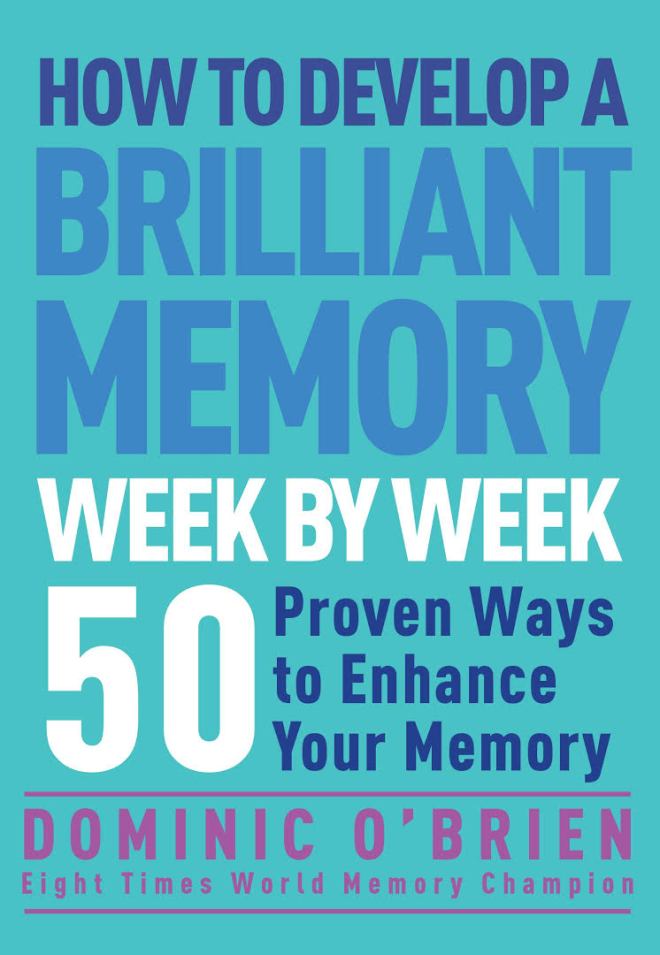 What are the three keys of memory?

Association is at the heart of developing a perfect memory. It is the mechanism by which memory works. The brain comprises billions of neurons connected together in a maze of pathways, allowing an infinite number of thoughts and memories to be stored.

Any two thoughts, ideas, words, numbers or objects can be linked easily no matter how contrary their nature, and in a rich variety of ways. All you need to do is allow your thoughts to radiate freely.

When you see the word “snow” you don’t perceive it as atmospheric vapour frozen in crystalline form; more likely you have a personal association such as getting the day off school or pummelling innocent members of the public with snowballs

With so many possible associations, it is surely possible to link any two sets of information.

With just a little imagination the possibilities are endless.

Not literally, but the idea is to return to a location from your past which will trigger a series of memories. The location could be a school, a relative’s house, or a village you once lived in. Wherever you start try to picture little details in your mind: maybe a painting on a wall, a glass cabinet or a particular chair.

Next, try to recall people connected with this place: their voices, the way they laughed, certain mannerisms. Make your way through recalling sounds, smells and your emotional state at the time. The more layers you can tap into from your past, the more memories will be released.

“I am enough of an artist to draw freely upon my imagination. Imagination is more important than knowledge. Knowledge is limited. Imagination encircles the world.”

If association and location are the engine and map of memory respectively, then imagination is the fuel. Imagination is not just the tool for forming mental images: it is the full creative power of mind. It is not just for artists, musicians and poets but a resource that we all have readily available.

We are often required to remember information that is, by its nature, inherently uninteresting or unremarkable. However, if we use our imagination for a particular item we wish to remember, then we can make it exciting and thus memorable.

Imagine that you need to remember to send an important email. First, picture a realistic image of an envelope. Then transform the image to make it more memorable. Picture yourself flying a gigantic envelope like Aladdin’s magic carpet. Now let’s add a couple more oddities: imagine that the envelope smells of chocolate and there are speakers playing ‘Funky Friday’ by Dave and Fredo.

Now you have created a vivid visual image, and you have added the dimensions of smell and sound. Appealing to two more senses, on top of the visual, makes the item even more memorable in your mind.

Putting it all together: The Journey Method

Start by choosing a location that is familiar to you, such as your home or your place of work. The idea is to use this location to prepare a short journey consisting of a series of places or stops on the way. The places are then used to mentally store the items on the list you wish to memorise. The route you take will preserve the original order of the list.

You won’t have to prepare a new journey every time you need to apply this technique: you can simply wipe clean your existing favourite journey and use it again and again to store the fresh set of information that you wish to memorise.

Make sure that the order of stops forms a logical route through your own home – for example, you would be unlikely to travel from your front door to your attic before visiting the kitchen. You want the route to lead you effortlessly through all the stops in their correct order.

Imagine that you are floating through each room. Create the scene, fix it in your mind, then move on to the next stage.

One of the first people to carry out experiments on human memory was the German philosopher Hermann Ebbinghaus (1850-1909). He devised a way of testing memory using a series of seemingly meaningless, unmemorable syllables, for example: DAJ. He would read through a list of 20 such items several times until he was able to memorise the exact sequence. He then measured his retention of the list after varying time periods.

Ebbinghaus observed that, for a series of information, data near the beginning and end of the list was easier to recall than that in the middle. These tendencies are known as the Primacy and Recency effects respectively, and a U-shaped curve graphically illustrated the findings.

Ebbinghaus also discovered that the best way to maintain maximum recall was to review data regularly until what he called “overlearning” had been achieved.

Your first review should take place immediately, for instance straight after the lecture, seminar or meeting. The second review 24 hours later, the third review one week later, the fourth review one month later and the fifth review three months later. You may find that you feel you have memorised the information on the third review but doing five reviews ensures that even in high stress situations, that information is firmly embedded into your long term memory.